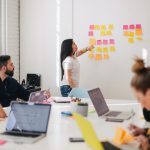 Feedback to your Communities

Managing the process for listening and reporting back to your network

Closing the feedback loop can be one of the most rewarding and creative parts of any project.

Every participant has a right to be kept informed about what is happening to the information they are submitting, where it is being seen and shared, and what’s happening as a result.

Not all reports will end up being published or shared and so the feedback loop also means sharing your own reaction to their reports.

When people feel like they’re not getting any feedback from you, or external organisations, they can quite quickly become demotivated. It can also lead to a breakdown in trust, going back to those old extractive forms of journalism, where people feel used and then dropped, and once again cut out of the conversation.

How to close the feedback loop

In our project with Groundswell, monitoring the impact of Covid-19 on those experiencing homelessness, we recently invited a senior figure within NHS England to attend an informal online zoom session with the community reporter network who had been sharing their challenges around housing, accessing healthcare and dealing with addiction during the pandemic.

The NHS Lead talked through exactly what impacts the insights from the community reporters are having, including who they are being used to influence internally and future plans. They were also completely honest about their own frustrations.

It helped to break down the barrier between a large, intimidating institution and the community reporters, removing the ‘us and them’. The reaction from the community reporters was incredibly positive, helping to boost their confidence and conviction that the insights they are sharing are contributing to tangible change.

Case Study – Beyond the Bite

In our Beyond the Bite project in Sierra Leone, the community reporter network was trained how to use smartphones to produce compelling films telling the stories of life at the sharp end of the healthcare system.

Once they had finished producing their films, we coordinated a community film festival where the films were screened back in the communities where the stories came from, followed by a Q&A with key local stakeholders.

The communities also presented their ideas and solutions for how the healthcare system could be improved in the form of a manifesto with key recommendations, and encouraged local leaders to make commitments to addressing the issues raised in the films.

Back to all Guides

All comments are public.